To share your memory on the wall of William Baker, sign in using one of the following options:

Will started his teaching career in Australia. He came to Canada on a teacher exchange program in 1991, where he met his wife, Louise. He became the principal of Elizabeth Elementary School in 1996, and then of the former K-6 Mackenzie River School in 2002. He then transitioned to the principal of Holy Cross when it opened in December 2007.

William truly made Holy Cross Elementary the best school possible. He always had an open door for every teacher, parent and student. He remembered every student by their name, and he took pride in that, and it made every student feel important.

William Baker was awarded Canada's Outstanding Principal Award in January 2011. William was incredibly humble even with this accomplishment, always accrediting his staff for this recognition. William was the principal who helped the teacher become so much better, he worked to empower every teacher.

William still had one great joy that he brought with him from Australia, the Australian Football league. He loved explaining the game to all of his Canadian friends who knew nothing about it. He watched as many games as he could with the time difference, but one game he always watched was the AFL Grand Final, even if that meant watching until the wee hours in the morning.

William was always actively involved in his son's sports, by coaching in both the hockey and soccer leagues, he made sure to never miss one of his boy's games. Another love that William and his boys shared was a love for basketball, always giving his sons tips and tricks on how to improve, travelling to games in the United States to watch together, and again, never missing the chance to watch one of their games. Will's love for travel was shared with his family through many spur of the moment trips.

Memorial tributes in memory of William may be sent to Lymphoma Society of Canada, 1212-31 Avenue NE #590, Calgary, Alberta T2E 7S8.

A Facebook live stream of Will's service will be on Memento Funeral Chapel's Facebook Page *date & time to be announced*
If you don’t already follow our Facebook page, please like/join our page prior to the live stream service to be able to watch.
If you do not have Facebook, please copy and paste this link into your browser:
https://www.facebook.com/MementoFuneralChapel
Read Less

Receive notifications about information and event scheduling for William

We encourage you to share your most beloved memories of William here, so that the family and other loved ones can always see it. You can upload cherished photographs, or share your favorite stories, and can even comment on those shared by others.

Posted Feb 23, 2021 at 07:54pm
My daughter Jennifer Corkum had her first teaching job at Cold Lake Elementary with Will as the principal. She travelled from Nova Scotia and remained for around 9 years coming home a few years ago to be closer to family. She has always said that Will led her growth to the teacher she is today. He became a part of her family and was there for her in her achievements and if she needed a listening ear. On my trips to Cold Lake I had the pleasure of meeting Mr Baker who welcomed me to his school with open arms. My condolences to his family.
Denise Corkum
Comment Share
Share via: 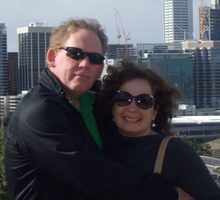 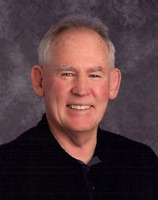 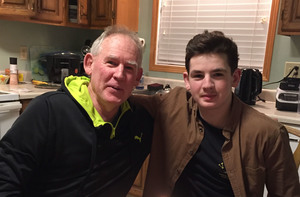