To share your memory on the wall of Kenneth Perigo, sign in using one of the following options:

Print
The flags flew at half-mast on Canadian Forces Base (CFB) Cold Lake, on Monday January 11, 2021, in honour of retired Sergeant, Kenneth James Perigo who died after a short battle with pancreatic cancer at the age of 47.
Ken was the beloved son ... Read More
The flags flew at half-mast on Canadian Forces Base (CFB) Cold Lake, on Monday January 11, 2021, in honour of retired Sergeant, Kenneth James Perigo who died after a short battle with pancreatic cancer at the age of 47.
Ken was the beloved son of Doug Perigo (Margaret) and the late Heather Ross. He leaves behind the love of his life, Angela, and his children, daughter Halley and son Stirling. Also left to mourn his passing are his brother Kevin and sister Megan. His sister, Tia Perigo, sadly predeceased him. Ken’s memory will be held forever in the hearts of his Aunt Debbie, Uncle Garry Gilbert and their children, Michael, (Stephanie Yeo) and Marleigh (Curt Dunlop). The Gilbert family were extremely close to Ken and they remember many happy times spent on their farm. The love he showed Michael and Marleigh and the knowledge he instilled upon them helped mold them into the people they are today.
Ken also leaves behind many other aunts and uncles including: Pat (Doug Eaton), Bobby Perigo (Debra), Murray Perigo, Karen (Mac Crooks), Marion (Ron Belaire) and the late Lois Walters (Brian). He will also be sadly missed by all his cousins including his closest cousin Morgan Reid (Sherry Lissets-Reid).
Born and educated in Orillia, Ontario, Ken joined The Grey and Simcoe Foresters as a high school student in 1991. With this organization, he got his first taste of full-time military service as an augmentee for the Royal Canadian Regiment (RCR) on a peace keeping tour in Bosnia. This is where he first met his wife, Angela, and befriended Jimmy Lee, Dean Henley and many others. He pursued numerous vocations outside of the military but in the end decided that the Infantry was the career he wanted.
Ken’s first posting was to CFB Griesbach in Edmonton. He became a proud member of the Princess Patricia’s Light Infantry (PPCLI). As soon as he hit the ground in Edmonton, he was deployed to help restore power and aid people during the famous ice storm of 1998 in Quebec. Ken was later deployed to the former Yugoslavia and soon after Kosovo. After six exceptional years with the PPCLI, he made the difficult decision to leave the Infantry and re-mustered to the RM Tech (HVAC) trade. He left but never forgot the brothers he made; Kieran Graham, Mike Vollick and Herb Kenney to name but a few.
While serving in the Air Force, Ken was deployed to South West Asia and Nunavut. His posting to Trenton allowed him to rekindle a relationship with Angy. After five years in Trenton, he and his family were posted to CFB Cold Lake in Alberta. He retired in March 2018 from the military after 27 years of service and took a civilian position on the base where he happily continued working within the HVAC trade.
On the 30 December, 2009 Ken and Angy were married in a quiet ceremony which they celebrated the following summer with their families. Ken was a wonderful husband and partner who unwaveringly loved and supported his wife. From the onset, Ken welcomed Angy’s two children, Halley and Stirling, into his life.
Although Halley and Stirling were not his blood, they quickly bonded and molded into a family. Ken always introduced the children as his own. Though he did not always share the same hobbies as the kids they often tagged along on fishing and other outdoor adventures. Ken taught the kids to be independent and self-sufficient. In recent years he had the opportunity to see Halley graduate from University, start her nursing career and gave his blessing to Halley’s fiancé (Anthony Delainey). He also guided Stirling through high school and his entry into the military. Ken’s strong work ethic and unconditional love and support shaped who Halley and Stirling have become.
Anyone who knew Ken, knew he was a handy man and jack-of-all-trades. If he could not do something he would learn how and then teach those around him. He was also known for his witty humour and his vast knowledge on all things history. The person he was, is unparalleled. Ken will forever be missed and irreplaceable. We will always honour him and cherish him in our hearts, as he was a true hero.
A memorial service will be held for Kenny at his home in Cold Lake on January 23 at 11:00 am. A celebration of his life will take place in Orillia, Ontario in the spring. Ken requested that his ashes be spread in Lake St. George, north of Orillia. A plaque will be placed beside the graves of his deceased family members who are buried in the cemetery at Lake St George: his Ross grandparents, his Mother, Heather, his sister, Tia and his Uncle, Ron.
The family would like to thank Dr. Mohamed Khan and all the nursing staff for the care and compassion they showed Ken in his final days. Donations may be made to the Cold Lake Health Centre or the Canadian Cancer Society.
Cowards die many times before their deaths; The Valiant never taste of death but once.
Wm Shakespeare—Julius Caesar

Receive notifications about information and event scheduling for Kenneth

We encourage you to share your most beloved memories of Kenneth here, so that the family and other loved ones can always see it. You can upload cherished photographs, or share your favorite stories, and can even comment on those shared by others.

Sorry to hear of Ken’s passing. We are sending our condolences to each of you and you will be in our thoughts and prayers.
From your old neighbours, Jim and Faye.
Comment Share
Share via:

Posted Jan 22, 2021 at 01:16pm
Dear Angy,
I am so very sorry to learn of Ken's passing. It was indeed a great pleasure to have met and known him, if only for a short time in Cold Lake. I send heartfelt condolences to you, your family, friends and the 4 Wing Family. May your many memories bring you comfort in the weeks and months ahead. RIP Ken

Posted Jan 22, 2021 at 09:00am
Dear Angy, I am sorry for your loss. Our thoughts are with you and your family. Take care of you my friend, I am here if you need anything.

Flowers were purchased for the family of Kenneth Perigo. Send Flowers

Posted Jan 19, 2021 at 08:19am
The Canadian Military Engineers extend to you and your family our deepest sympathies in your time of sorrow. 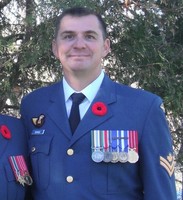 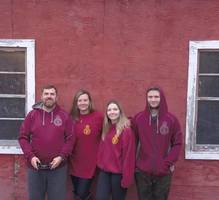 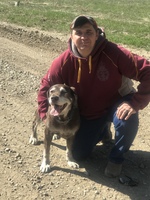 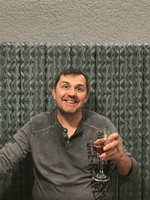