To share your memory on the wall of Orville Dickie, sign in using one of the following options:

Receive notifications about information and event scheduling for Orville

Print
A celebration of Orville's life will take place in Creelman, Saskatchewan in the spring of 2021.

Donations are being accepted for:
Heart & Stroke Foundation of Alberta Alzheimer Society

We encourage you to share your most beloved memories of Orville here, so that the family and other loved ones can always see it. You can upload cherished photographs, or share your favorite stories, and can even comment on those shared by others.

Posted Dec 20, 2020 at 02:57pm
Always loved Uncle Orville; always positive and happy and joking around. I remember him tickling me as a little boy. He always inquired as to how I was doing, and actually sat and listened to my reply.
A very sad time. My family's condolences and prayers, Derek Lehman.
PS: My parents just did their drive-by Christmas and I can't imagine Dickie's not getting together during such times as these.
Comment Share
Share via: 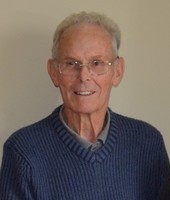