To share your memory on the wall of Fred Saiko, sign in using one of the following options:

Receive notifications about information and event scheduling for Fred

We encourage you to share your most beloved memories of Fred here, so that the family and other loved ones can always see it. You can upload cherished photographs, or share your favorite stories, and can even comment on those shared by others.

Posted Sep 12, 2020 at 06:56pm
Our deepest sympathy to the family of Fred Saiko. Our thoughts are with you all at this time. Ray and Carol Hellquist
Comment Share
Share via:
GB

Posted Sep 10, 2020 at 11:39pm
Sylvia and Darlene, we wish to extend our most sincere condolences as you mourn the death of your Father. May knowing that you are in the thoughts and prayers of many help ease the pain you feel at this time... It is sad that Fred has died, but it is your fondest memories which will grant him eternal happiness.

Posted Sep 09, 2020 at 03:21pm
Dear Darlene,
My sincerest condolences. May memories comfort you and may your father's memory be eternal.
Doris Pindroch
Comment Share
Share via:
TK 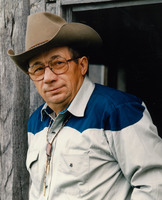