To share your memory on the wall of Jaydin Wilkins, sign in using one of the following options:

Receive notifications about information and event scheduling for Jaydin

We encourage you to share your most beloved memories of Jaydin here, so that the family and other loved ones can always see it. You can upload cherished photographs, or share your favorite stories, and can even comment on those shared by others.

Posted Aug 07, 2020 at 09:12pm
“We thought of you in love today, but that is nothing new. We thought about you yesterday and days before that, too. We think of you in silence, we often speak your name. Now all we have is memories and your picture in frame. Your memory is our keepsake, with which we’ll never part. God has you in his keeping, we have you in our hearts.” Prescious

Posted Jul 24, 2020 at 04:14pm
Over the past three years, I have had the pleasure of watching Jaydin grow. Jaydin’s gracious smile, politeness, and kindness towards others endeared him to students and staff alike. He was a bright light in my “6B” math class last year. He had a tendency to sometimes goof around with his many friends, (one problem with Jaydin is that no matter where I moved him in class, he always had a new friend who wanted to talk… Jaydin had a lot of friends). Despite this, Jaydin would always respond with respect and get to work when reminded to do so. He cared about his school work and prided himself on being responsible.

That responsibility carried over even more to his athletic pursuits. I was lucky enough to have him on my grade 6 basketball team. He quickly became a leader on and off the court. He listened intently to every instruction given, even hushing his teammates when I, “the coach”, was talking. He offered insights on the bench that improved our game and always cheered his teammates on. Throughout his years at the middle school, Jaydin spent countless hours at recess and lunch perfecting his skills. He was the MVP of our grade 6 district championship team.

After moving on to grade 7, and being only one of two grade 7 boys to play on the junior high basketball “A” team, he and his friend Colton showed up at my grade 6 tryouts offering me their help. Later they became my assistant coaches. Although his attendance was optional, in the dead of winter, Jaydin came to school an hour early to help me in every one of my morning practices. He inspired the younger players on my team, not only with his flawless execution of every drill (thank god for Jaydin, because in my 44 years, I have never been able to complete a decent lay-up), but also with his humour, patience and constant encouragement.

I also had the pleasure of watching Jaydin play football. Having witnessed him shine in basketball, PE class, and track and field, it came as no surprise to me when he would catch “uncatchable” passes and evade multiple tackles as he sprinted down the field. I felt a sense of pride as I watched the excitement on the faces of my fellow Rams coaches. We all marvelled at his athleticism, his tenacity, and his will to win. Jaydin was the embodiment of our team mantra of “Discipline, Work, and Reward”.

This year, I had the joy of teaching Randell, Jaydin’s younger brother, in my grade 5 class. I came to realize quickly that kindness, respectfulness and an empathetic nature seem to be some of their defining family traits. Both Jaydin and Randell have stood out to me over the course of my seventeen year career as uncommonly sweet souls. Both of them are loved by their classmates and make our school a better place to be.

You may have noticed that, just now, I referred to Jaydin in the present tense. It is beyond tragic that he is now physically gone, and that he was never able to realize the incredible future that I was sure he was destined to have. In a sense though, he is still here in the hearts and memories of his beautiful family and his many dear friends.

A few days before Jaydin’s passing, my son Archer and some of his fellow Rams players were reminiscing about their first football season while playing catch in my backyard. Someone brought up how amazing Jaydin was at football and Archer recalled how nice Jaydin had been to his friend Wyatt at the end of the season. Jaydin knew that he would be moving on to the Ravens team and Archer witnessed his brief “heart to heart” with Wyatt, a fellow wide receiver. Jaydin told Wyatt that he would have to take his place on the field next year. Wyatt smiled at the honour.

That’s the challenge facing all of us now. We need to do just that; to try our best to take Jaydin’s place on the field. We need to continue to live and learn from Jaydin’s example. Let’s show the kindness to others that he showed every day. Let’s work as hard as he did. Let’s try to fulfill some of the promise he showed by living full, caring, and engaged lives. Let’s be there for each other now and in years to come. We all owe that to Jaydin.

Posted Jul 22, 2020 at 11:17am
My son knew him and played football and basketball when he visited Cold lake. He knew him as a happy funny kid who love sports just like my son. So sorry for everyone loss, sending my deepest condolences.
Comment Share
Share via:

Jaydin was the sweetest kid. Not only was he an amazing athlete and teammate, he volunteered as my assistant to coach younger kids in basketball and always encouraged younger players. He was a bright, conscientious and respectful student, and an amazing big brother. He was loved by our school staff and his fellow students. He had a bright future and is gone way too soon. ❤️ 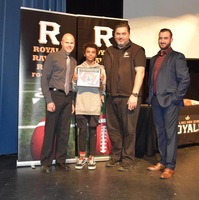 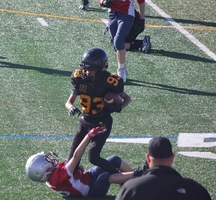 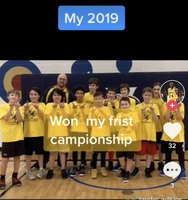 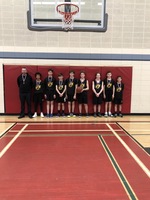