To share your memory on the wall of Ella Wanat, sign in using one of the following options:

Receive notifications about information and event scheduling for Ella

We encourage you to share your most beloved memories of Ella here, so that the family and other loved ones can always see it. You can upload cherished photographs, or share your favorite stories, and can even comment on those shared by others.

Posted May 05, 2020 at 04:46pm
Our deepest sympathies to all of Ella's family.
Jackie and the boys our thoughts and prayers are with you all, during this very difficult time.
May all the good memories with your Mom help ease your pain.
Joe and Carolyn Batke
Comment Share
Share via:
JC

Thank you Joe and Carol
AO

Thank you Wanda and Allan
G

Posted Apr 28, 2020 at 08:43pm
Julien and I send out our condolences to all the family, Sad times, may the memories bring some peace
Comment Share
Share via:
RK

Posted Apr 25, 2020 at 11:46am
Percy Linda and Family, Frank and I send out our condolences, thoughts and prayers to all of you. Memories Eternal.
Comment Share
Share via:
AR

Posted Apr 25, 2020 at 11:31am
My sincere condolences to everyone in Ella’s family! I am a friend who knew Ella especially as a singer in our choir! She loved to sing! She will dearly missed. May she Rest In Peace! 🙏🙏
Comment Share
Share via: 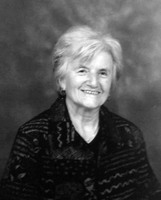 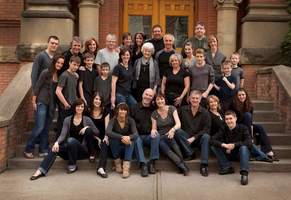