To share your memory on the wall of Roland Hardy, sign in using one of the following options:

Provide comfort for the family of Roland Hardy with a meaningful gesture of sympathy.

Print
Celebration of Life service will be announced at a later date.

We encourage you to share your most beloved memories of Roland here, so that the family and other loved ones can always see it. You can upload cherished photographs, or share your favorite stories, and can even comment on those shared by others.

Posted Dec 13, 2019 at 09:22am
My condolences go out to Rolly's family and friends on the loss of a dear husband, father, grandfather, brother and friend. My heart goes out to all of you during this very sad time. Rolly and I were cousins, and we haven't seen each other in many, many years, but if he was anything like he was when he was younger I'm sure your life with him was a blast. May your soul rest in peace Rolly! Until we meet again!
Comment Share
Share via: 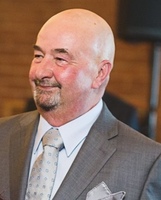 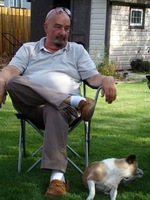