To share your memory on the wall of Lena Procinsky, sign in using one of the following options:

Provide comfort for the family of Lena Procinsky with a meaningful gesture of sympathy.

We encourage you to share your most beloved memories of Lena here, so that the family and other loved ones can always see it. You can upload cherished photographs, or share your favorite stories, and can even comment on those shared by others.

From your Home Hardware Family sent flowers to the family of Lena Procinsky (Hryhirchuk).
Show you care by sending flowers

Posted Dec 11, 2019 at 09:46pm
Auntie Lena was always so hospitable when we visited, she was a wonderful aunt. Have so many fond memories of her. God bless her
Betty Procinsky
Comment Share
Share via:
FF

From your Home Hardware Family

From your Home Hardware Family purchased flowers for the family of Lena Procinsky. Send Flowers

Posted Dec 10, 2019 at 09:58pm
Our sincere condolences to the Procinsky Family on the passing of Lena. She was a lovely lady. Memory Eternal!
Comment Share
Share via:
RK

Posted Dec 07, 2019 at 02:15pm
To all of Lena's Family, Frank and I send out our condolences, thoughts and prayers to all of you. May Lena now rest in peace. Memories Eternal.
Comment Share
Share via: 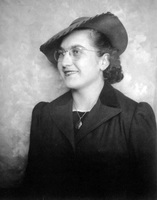