To share your memory on the wall of Preston Truhn, sign in using one of the following options:

Provide comfort for the family of Preston Truhn with a meaningful gesture of sympathy.

Donations are being accepted for:
Bonnyville & District SPCA Centre for Suicide Prevention, 2005 (CENTRE FOR SUICIDE PREVENTION, 2005)

We encourage you to share your most beloved memories of Preston here, so that the family and other loved ones can always see it. You can upload cherished photographs, or share your favorite stories, and can even comment on those shared by others.

Posted Nov 26, 2019 at 09:24pm
My heart is broken upon hearing of your loss. I am praying that you find some comfort in your memories and love of your sweet son, and know that you have friends and family there for you when you need support.
Comment Share
Share via:
HS

Flowers were purchased and a memorial tree planted for the family of Preston Truhn. Send Flowers

Posted Nov 25, 2019 at 11:10am
Words fail to express our sorrow for your loss. May you find comfort in knowing you are not alone but surrounded by a loving community with open arms

Flowers were purchased and a memorial tree planted for the family of Preston Truhn. Send Flowers

Posted Nov 23, 2019 at 10:13pm
Deb, Janet and I want say how sorry for your loss, our thoughts and prayers are for you during these grieving days.
Comment Share
Share via:
LB

Posted Nov 23, 2019 at 01:22am
I’m so deeply saddened to hear of this news. Sending your family all the love and prayers during this most difficult time.
Comment Share
Share via:
CB

I am so very sorry for your loss of this beautiful young man. Remembering you in thought and prayer and heartfelt sympathy at this time.
H 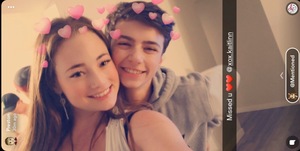