To share your memory on the wall of Anne Perepelecta, sign in using one of the following options:

Provide comfort for the family of Anne Perepelecta with a meaningful gesture of sympathy.

Donations are being accepted for: Alzheimer Society.

We encourage you to share your most beloved memories of Anne here, so that the family and other loved ones can always see it. You can upload cherished photographs, or share your favorite stories, and can even comment on those shared by others.

Posted Oct 21, 2019 at 12:05pm
Jim Florence and Family, our condolences, thoughts and prayers go out to you and your family. Memories Eternal.
Comment Share
Share via:
RD

Posted Oct 21, 2019 at 11:01am
Firstly, I remember watching Grandma filling the cattle water trough when Grandpa was sick. After filling the trough, she reached down to the ground to pick up a small piece of wood and placed it in the water tank. When I asked her why she did that, she said "If a small animal fell into the water tank, they would be happy to find that piece of wood," That incident showed to me of her caring and consideration for all the small creatures.
Secondly, I remember watching a nature show on the TV in the big room at the farmhouse with some of her young grand kids.
During a part of the show, a coyote was about to capture a rabbit. While the grand kids were somewhat creeped out and scared for the rabbit, she calmly said "The coyote has to have supper too!" This comment showed to me her respect and understanding of the ways of Mother Nature.
Charlie Dalton, son-in-law.
Comment Share
Share via:
RD

Posted Oct 21, 2019 at 10:49am
She was an AMAZING Mom & Grandma! She loved to cook. She was always there for her family, especially hiding chocolates for the annual Easter egg hunt. She always knew how to make you smile, whether it was with a hug or a funny joke!
- Rose, Charlie, Pamela & Hillary Dalton
Comment Share
Share via:
JK 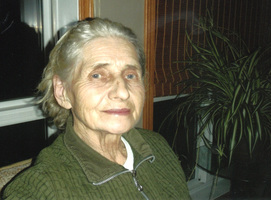 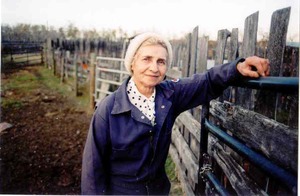