To share your memory on the wall of John Sabatier, sign in using one of the following options:

Provide comfort for the family of John Sabatier with a meaningful gesture of sympathy.

Receive notifications about information and event scheduling for John

We encourage you to share your most beloved memories of John here, so that the family and other loved ones can always see it. You can upload cherished photographs, or share your favorite stories, and can even comment on those shared by others.

Posted May 18, 2019 at 01:17am
We were away on a European vacation and just found out about John. We are so sad and would like to send our condolences to all of John’s family.
Terry and Clarence Romanick
Comment Share
Share via:
C

Posted May 05, 2019 at 03:06am
natalie, so sorry to hear the loss of your dad. I really liked him, he was so funny and when he saw me he was so friendly. Hugs and love to your family. I can't make it to Bville but my heart and thoughts are with you.
Comment Share
Share via:
HS

Flowers were purchased for the family of John Sabatier. Send Flowers

Posted May 03, 2019 at 06:44pm
John was a good friend to have. I spent many happy times with him, and shall always remember his laugh and his hugs. He was a treasure. My condolences to his daughters and the rest of his family. He will be missed.

Posted May 02, 2019 at 07:37pm
Wishing you peace to bring you comfort, courage to face the days ahead, and loving memories to forever hold in your hearts.
Comment Share
Share via: 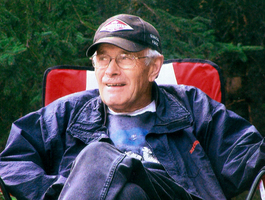